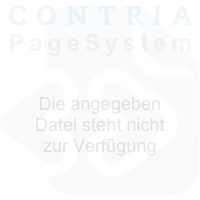 Jasper Morrison is widely known both for his award-winning work and for the design philosophy behind them. He believes that good design has less to do with making products noticeable than with making sure they are useful. The critic Arthur Boyer describes this: “to produce everyday objects for everyone’s use, make things lighter not heavier, softer not harder, inclusive rather than exclusive, generate energy, light and space”. Objects with qualities that make us feel different about them, barely noticed -but we love to live with them.

His unique approach to product design is evident in work for clients as diverse as Cappellini, SCP, Alessi, Flos, Magis, Vitra, Olivetti, Rosenthal, Sony Design Centre Europe, and the Tate Modern Museum in London. His ideas have taken shape in a surprising variety of functional and highly successful products – everything from tableware and toasters to pots and pans, office furniture, bus stops and a tram for the city of Hanover. Jasper Morrison has recently restyled Rado’s iconic Ceramica in a limited edition of 50 pieces to be launched this autumn and is currently working on new packaging for 2008 and a watch for 2009.

Several Books, solo exhibitions and collaborations on numerous international exhibitions emphasize Morrison’s status as innovator, free thinker and leading designer. His products are in the permanent collections of several museums throughout the world, including the Museum of Modern Art, New York and the Victoria & Albert Museum, London.
overview